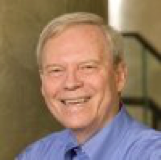 Prior to joining Family Service Foundation as CEO, Gordon Raley served as the Director of Public Policy for Family Health International (FHI), and has more than 25 years of experience in health and human services in the Washington metropolitan area. Eight of those years were spent as Staff Director for the U.S. House Education and Labor Subcommittee on Human Resources, which had legislative responsibility for programs like the Office of Economic Opportunity (the remnants of the War on Poverty), Head Start, the Older American’s Act, and the Juvenile Justice and Delinquency Prevention Act. He joined FHI immediately from the National Mental Health Association where he was Vice President for Federal Partnerships for four years. He has also headed public policy for the Child Welfare League of America and the American Vocational Association. For eleven years, he was the President/CEO of the National Assembly of Health and Human Service Organizations, a collaborative body of 58 national voluntary nonprofit organizations, including the American Red Cross, the Salvation Army, and the American Cancer Society.  Prior to coming to Washington, Gordon worked in local government with the New Orleans City Health Department as project director for the New Orleans Cooperative Health Information System, after receiving his Master’s degree in Community Organization and Planning from Tulane University School of Social Work. He holds a BA degree from Baylor University.

Erika Jones joined FSF in 2019, bringing more than eight years of experience serving individuals with developmental and intellectual disabilities in the State of Maryland.  Most recently she was Behavioral Program Manager with Opportunity Builders, Inc. in Millersville, Maryland, where she was responsible for overseeing training andcaseload services, as well as writing and monitoring the implementation of behavior management plans, person-centered plans, and service funding plans.  Prior to that, she was Psychology Associate with with The Chimes, Inc., in Baltimore and with the Providence CEnter in Arnod, Maryland.  Erika has a Masters in Science degree in Applied Psychology from the University of Baltimore and a BS in Psychology from Morgan State University.  She is a certified MANDT Instructor and a certified trainer in Behavioral Principles and Strategies.

Gabrielle Patton is the Clinical Supervisor for FSF's Outpatient Mental Health Clinic.  Gabrielle has a Master's  Degree in Education and Human Development from the George Washington University and is a Licensed Clinical Professional Counselor and Board Approved Supervisor in the State of Maryland.  She also holds a BA in  Photography from Southern Illinois University and enjoys doing photography in her spare time.  Prior to joining FSF, Gabrielle worked as a therapist at a domestic violence and sexual assault agency, providing services for survivors of trauma, while also facilitating an abuser Intervention program where she worked directly with perpetrators of abuse to help decrease their negative behaviors.  She has also worked as a therapist in the behavioral health unit at Shady Grove Hospital.  Gabrielle is passionate about decreasing the stigma relating to mental illness  and spreading awareness about the importance of taking care of our mental health without shame. 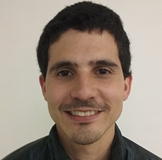 William Mori-Ramos graduated from the University of Maryland, Baltimore with a Master of Social Work, specializing in services for children and families. He immediately began working in the Developmental Disability field as a Coordinator of Community Services for Service Coordination Inc., and subsequently spent a time as the Director of Day Services at CIS&H Inc. Mr. Mori-Ramos joined the FSF team in October 2016 as the Entitlement Manager, and he assists residents of both of FSF’s residential programs with managing finances and applying for and maintaining federal and state benefits.

Donald Webster brings over twenty years of financial leadership in the nonprofit sector to his position with Family Service Foundation with organizations ranging in size from a large, multinational organization to a local developmental disability agency. Most recently, he was financial director for the Head Injury Rehabilitation and Referral Services (HIRRS), where he designed and developed that agency’s accounting and financial system from the ground up. He also has served with the Pulmonary Hypertension Association, St. Johns Community Services, End Poverty.org, and CRU. Donald has an MBA from the University of Maryland and a Bachelor’s of Science, also from University of Maryland, where he concentrated in CPA track accounting and economics. Donald is married and lives in Montgomery Village, Maryland. He has two sons, one of whom is “differently abled” as Donald likes to put it.

Juanita Aubertin brings extensive experience in human resources, management, and accounting, to her role as Deputy Director of Family Service Foundation’s Human Resource Department. With over fifteen years nonprofit administrative experience in the field of developmental disabilities, she provides support for personnel matters, organizational change, strategic planning, staff scheduling, and benefits management, and has been a key contributor in developing policies and procedures to improve organizational and employee quality, while maintaining efficiency. Juanita is a graduate of University of Maryland, holding a Bachelor’s Degree in Business Administration, with a concentration in Human Resources Management. She is currently pursuing her Master’s Degree in Human Resources there as well.

Matt Kaplan has been the Operations Manager for Family Service Foundation for over eight years.  As Operations Manager he is responsible for the care and maintenance of FSF's  homes, offices and vehicles. Immediately prior to his work at FSF, Matt was responsible for maintenance and equipment logistics for the trade show company, GES.  He also twelve years as a Child Care Director.  Matt received his Bachelor of Arts from University of Maryland, College Park in 1992  He has a teen-aged son who plays hockey, so he can often be found at the local ice rinks.